Things are finally starting to settle down, and some would say we are getting back to "normal". I don't like that term, or comparing where we are now to "normal". To me, normal is a relative term and as such, is relatively meaningless (pun intended). What we consider "normal" is constantly evolving, and as such, we can never really go back to "normal". But I know what people mean, and I'll try to stop being so pedantic.

Anyway, it's been over a year since this project wrapped up for the most part, but I'm just now finally getting around to writing up this summary about it, despite intending to since the demand wound down.

Around March of 2020, the outbreak of the novel coronavirus, COVID-19, began to pick up momentum in the United States, and the sudden demand for Personal Protective Equipment (PPE) caused supply chains to be overwhelmed almost immediately. In response, a group of volunteers, mainly members of the Amateur Radio Association of Nebraska (ARAN), began to volunteer their time and materials. They 3D printed frames and laser-cut overhead projector transparency films to make faceshields.

Over the next roughly month and a half, the project quickly expanded to the rest of the Tri-Cities area of Nebraska, involving many more volunteers from all sort of backgrounds, producing, packing, delivering, and helping in any way they could with the project. Rolls of 3D filament were donated, and hundreds of sheets of transparency film were donated by local school districts.

As the initial burst of demand for PPE tapered, and supply chains caught back up, the need for the temporary PPE being produced began to slack, and eventually the backlog was filled.

Very soon after the project got started, even with just a few people helping to print and delivery PPE items, it became clear that the volume of requests and various people working to fill them would quickly become a logistical nightmare.

I volunteered to create a website to help track all of the various requests for PPE items throughout the Tri-Cities region, and to track the items being produced from production, to packing, to delivery. In this way, if there was a problem with a batch of items or anything, we could easily trace the route it took and find where the problem was. It also made it far easier to track who had requested what, and what the fulfillment status of the request was.

Items produced were entered into the system at four different stages.

Obviously, my first priority with the site was to track items from start to finish and keep requests moving in an organized fashion. Statistical data was a secondary concern, and as a result, the data is a bit inconsistent depending on how it is viewed, but I have compiled some general stats on the project below. It really is truly amazing.

In addition to all of the volunteers producing, transporting, packing, and delivering PPE items, a massive quantity of materials were donated to the cause as well. Unfortunately I do not have quantities on the material donations, or a list of where they all came from, but off the top of my head, here's what I do know:

January of 2020 brought several things to the newly-minted Forsman household. It brought our first calendar year of marriage, the discovery that we were pregnant, and utterings of a virus with a funny name that may or may not have started because some guy ate a bat.

Michael and I were still finding our rhythm as a married couple when the virus with the funny name proved to be far more serious than we could have ever imagined. This, along with an unexpected and very difficult pregnancy meant that absolutely everything in our lives felt out of control and up-ended. One piece of our lives we needed to figure out (and fast) was how to spend more time together.

A tinkerer and hobbyist by nature, Michael spent most of his evenings building things in the garage, breaking and fixing his custom-built server, and connecting with his ham radio friends. I was struggling with first-trimester exhaustion and hyperemesis (which lasted the entire pregnancy), which brought out my tendency to self-isolate. Most of my days and nights were spent getting sick, sipping at a bottle of Sprite, and then watching YouTube until I fell asleep.

Michael came to me one day and told me about an email he had gotten from one of the ham radio clubs. The virus with the funny name, which we now called "Covid-19), was causing a shortage of face shields. These face shields were to be worn over a mask to provide extra protection for people working with the public. Michael wanted to be a part of it and I loved the idea! Since moving to Kearney from Aurora, Michael had been wanting to get more connected with the community. This seemed like a great place to start.

Soon, his 3D printer was running around the clock, printing stacks of face shield frames. Then, he and I would separate them, by scraping them apart with dull pocket knives. Tiny slivers of filament got stuck in our skin more than once during this process. Once the shields were apart, we cataloged them on Michael's website. The next step was packaging them along with other frames and shields that had been dropped off by other volunteers in a wooden box in our driveway. We would stuff the shield components into gallon-sized Ziploc bags, which I had labeled in black Sharpie. By the time we had packaged a few orders worth of shield components, our hands would be scratched from printer filament and saturated with the smokey dirt smell of the laser-cut transparencies which created the "shield" of the face shields. In the beginning, I was writing notes of encouragement on the bags, but soon there were too many orders to take time for that.

Once the orders were packed, we delivered them. We went all over, delivering shields to whoever requested them. One of the more interesting places that needed shields was a medical examiner's office. At that time, we didn't know if Covid could be transmitted through human remains. Later on, more people volunteered to deliver the shields. I would often be tasked with putting the Ziploc bags into grocery sacks and leaving them on the porch for volunteers to pick up and deliver. There was a lot to do, but I would not trade this time for anything.

I look back on this time fondly. This project gave us so much time together. Sometimes we had a show in the background, sometimes Hank the Cowdog audiobooks (a mutual childhood favorite), but most often we just talked. We talked about our plans for the future. How we wanted to raise the baby. What Covid would mean for the rest of our lives. Hours of our lives were spent together because of this project. 2020 is a year that will live in infamy to most of the world. But, to me, it was a year that defined our marriage and family. Much of that began with this project.

From start to (more or less) finish, this project was active for just about a month and a half. My data tracks back to April 1, 2020 and ends May 13, 2020. In 43 days, a volunteer force of 45+ people and businesses donated their time, materials, and efforts to produce a whopping 14,700+ PPE components including:

This project was made possible by the efforts of over 45 people and businesses, who volunteered to produce, transport, package, and deliver the items above and help keep our communities moving during a difficult time. The following list is in alphabetical order, and compiled automatically based on how it was entered into the system, so there may be a few duplicates or other oddities. But make no mistake, these folks made it all possible.

If I missed your name on this list, I am truly sorry, but know that your efforts are still appreciated!

Thank you to everyone who participated in this effort! Stay well, and stay safe!

Get the latest posts delivered right to your inbox 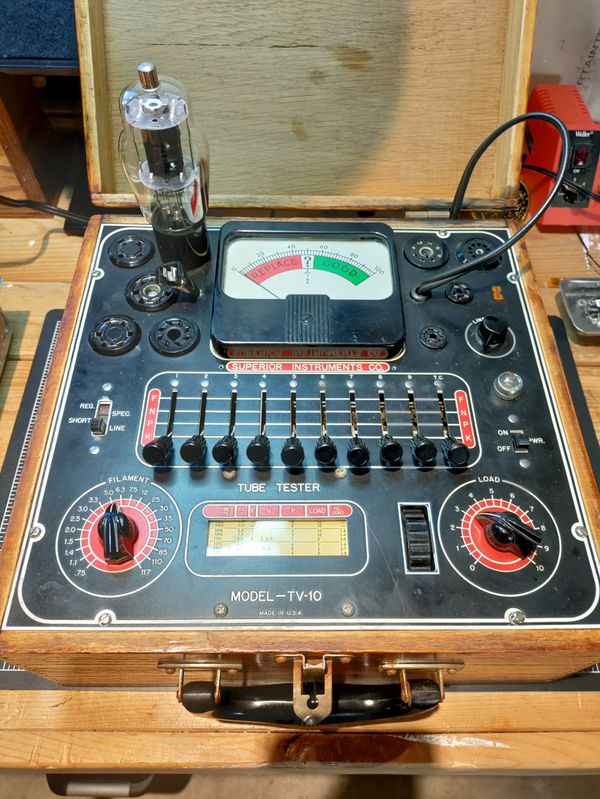 This is an ongoing restoration log. Check back occasionally for updates! The full album of photos for this project can be viewed here. When I started getting into working on 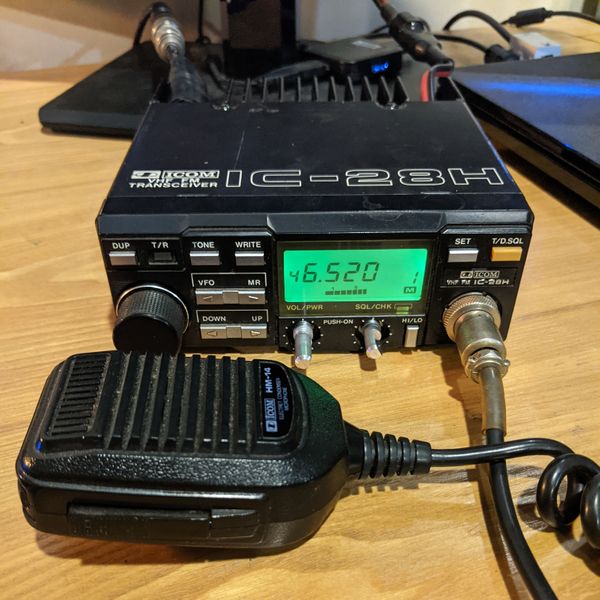 I love old technology. Ever since I was a kid, I liked opening up gadgets to see the electronics inside, even when I had no idea what any of it

Stay up to date! Get all the latest & greatest posts delivered straight to your inbox